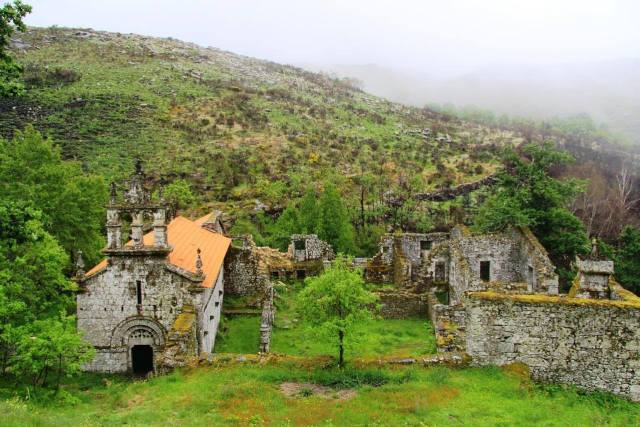 The Monastery of Pitões das Jonas or Santa Maria de Júnias, has no definite date for its foundation, but is presumed to be located at the end of the ninth century, when they separated from the region, coming after organizing themselves in communities. On the other hand, with a somewhat unclear inscription, an empty number of these sources, makes a little studious than the data of the foundation of the monastery is 1147, but already exists with certainty in 1247, when Pope Innocent IV, intimate the monastery to join in the Cistercian order, passing by the wall of the Monastery of Santa Maria do Bouro.

During the Restoration War of the University, after 1640, an attack by the Spanish army on the village of Pitones ended with a fire that left the monastery in ruins, with the exception of the church. The convent was to be recovered and already in the eighteenth century, 1834, the convent is abandoned and a few years after a fire that only leaves a church standing. The small convent, the walls of the main compartments, the cloister architecture, the church still has the roof, but it has an aspect of abandonment, although there has been a small access by the General Directorate of National Monuments and Buildings.