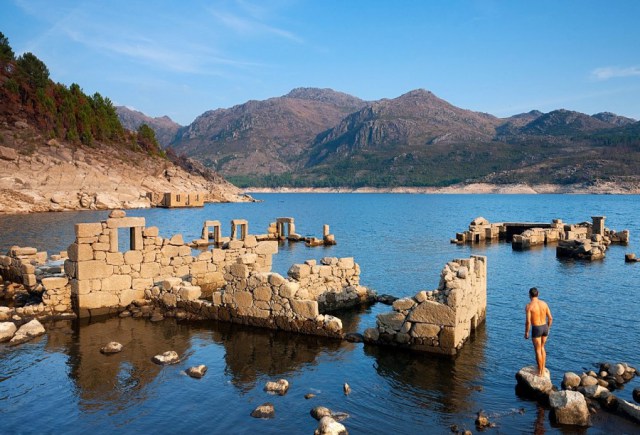 The village of Vilarinho das Furnas, located in the parish of São João do Campo, in the municipality of Terras de Bouro in Minho, ceased to exist in 1970 due to the rise of Homem River’s water caused by the construction of a dam near the site. The origins of Vilarinho das Furnas can be traced, according to some versions, around the year 75, when the road Geira was built, a Roman road that linked Braga to Astorga, from where a connection to Rome was established.

According to one of the legends, seven workers settled in Portela do Campo. However, four of these men moved to a spot on the right bank of Homem River. This was the birth of Vilarinho das Furnas. Although it is not possible to confirm its Roman origin, there is at least evidence of the passage and installation of Romans in the place. In the immediate vicinity there are three bridges of Roman origin, as well as two cobbled roads that, on the south side, gave access to the place.