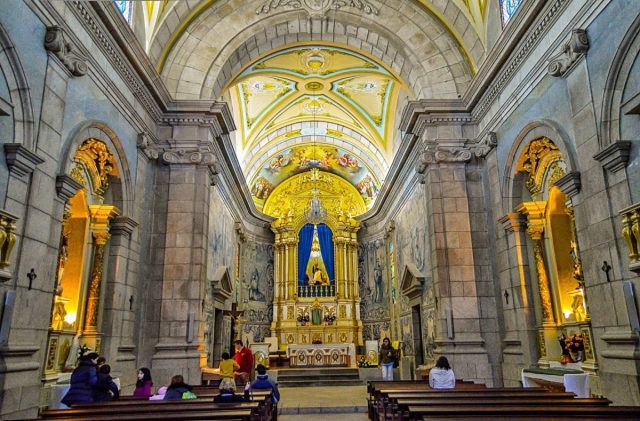 Cornered between the laced fringes of the Gerês – site of the most prosperous and magnificent fauna and flora in Portugal – and flooded by the abundant waters of Caniçada, stands one of Portugal’s greatest religious phenomena. The San Bento Sanctuary of Porta Aberta is the second largest Portuguese sanctuary and attracts hundreds of thousands of pilgrims every year. After Fatima, he leads the statistics, even if he does not enjoy a favorable geographical situation, nor is he benefited by great communication channels. Planted in the heart of Minho, it is a preferred place of worship to the founder of the Benedictines.

The Basilica that we are contemplating is very recent, which may indicate that devotion to St. Benedict has undergone a significant increase in the late nineteenth century. However, we know that in the year 1758, there would already be known devotion in this shrine. The construction of the present church began only in 1880, and was completed in 1895. The bell tower that nestles on the façade, can be seen all over the Caniçada valley and, pointing to the top, serves as a face to the sanctuary. Although it is not a notable building from the artistic point of view, it is worth highlighting the tile panels of the main chapel, which depict the life of Saint Benedict, as well as the gold-framed altarpiece.